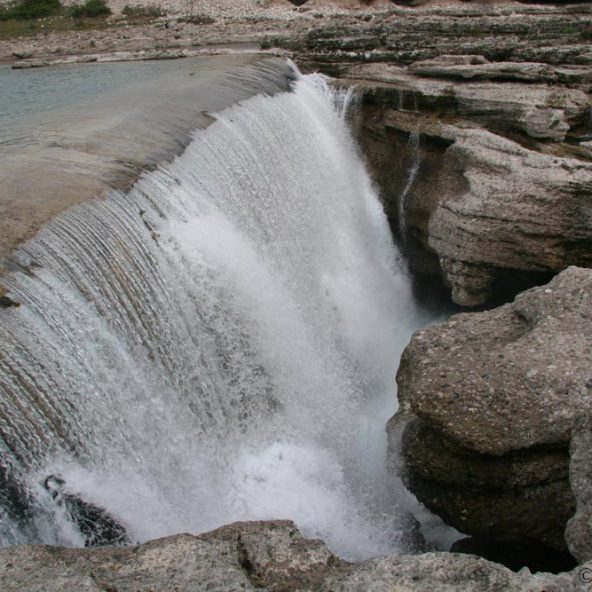 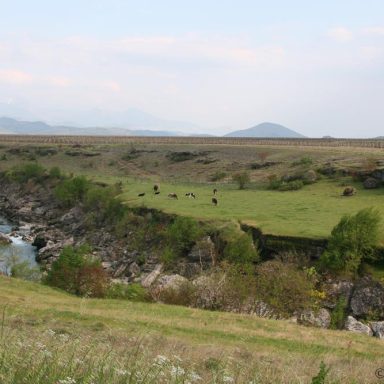 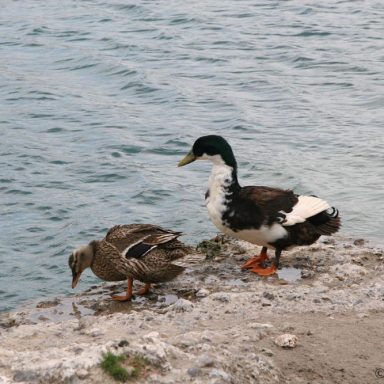 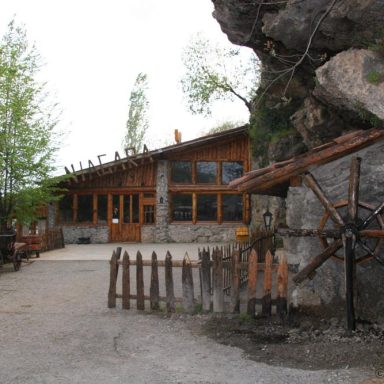 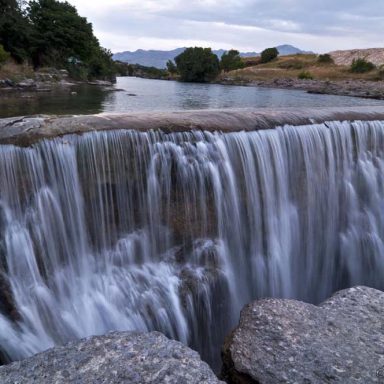 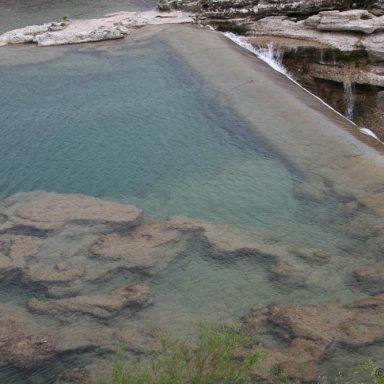 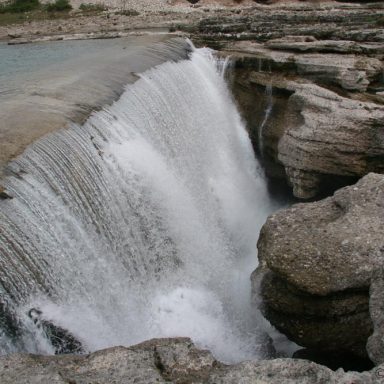 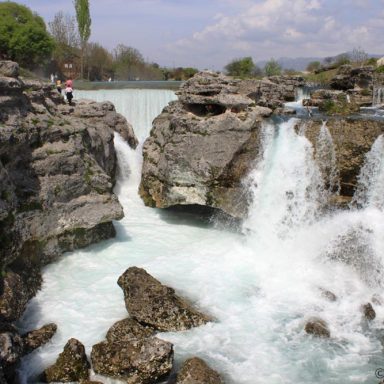 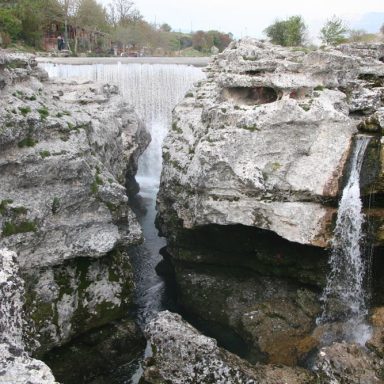 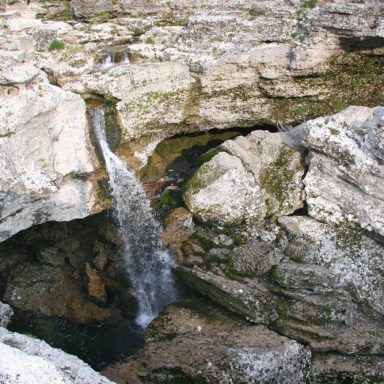 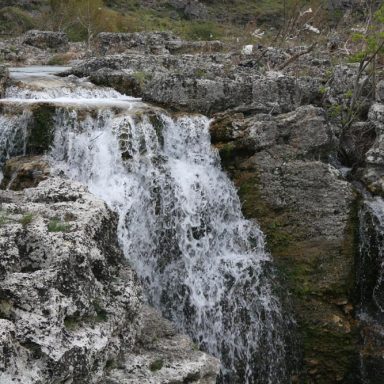 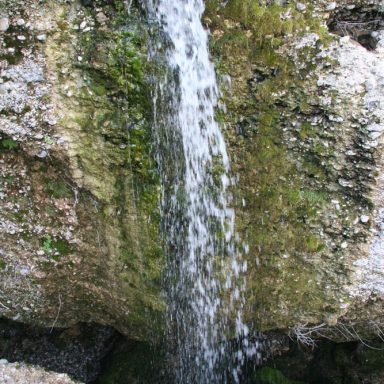 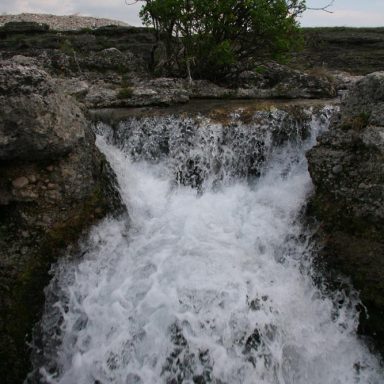 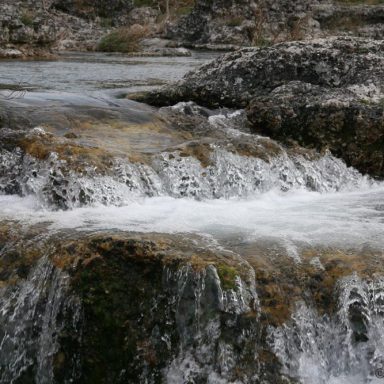 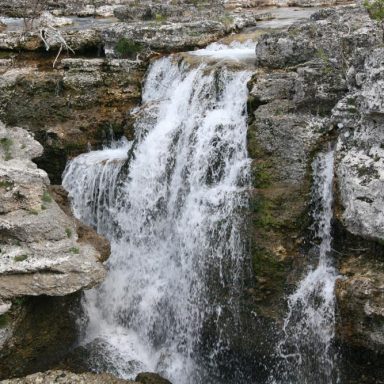 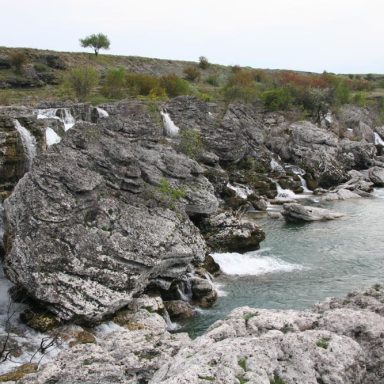 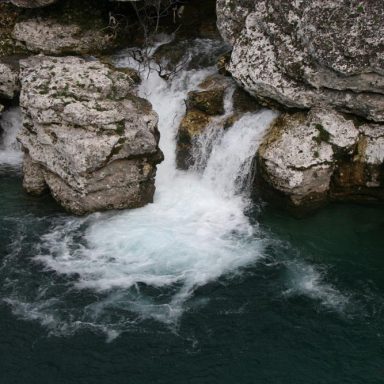 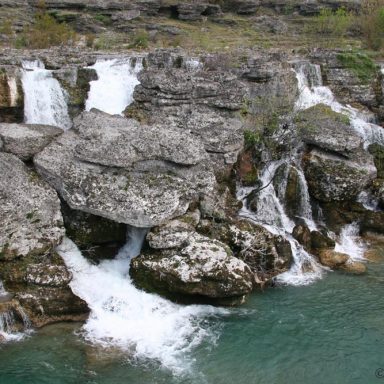 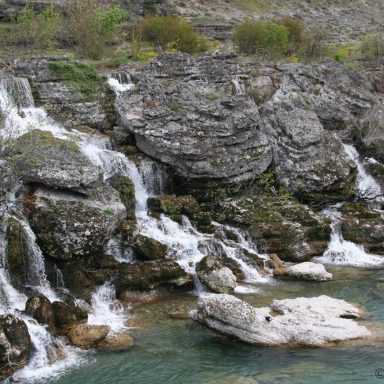 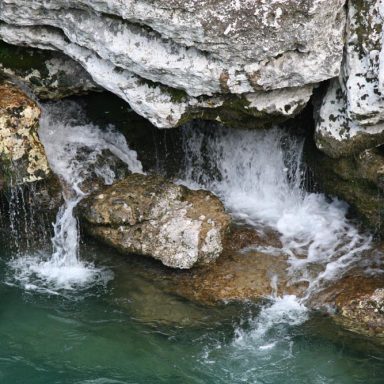 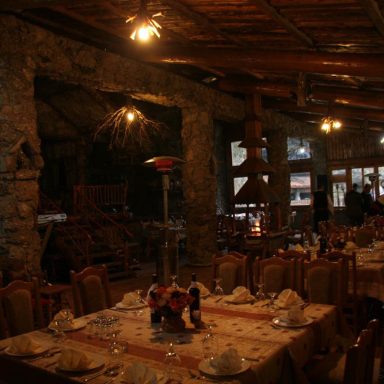 One of the most beautiful and accessible waterfalls in Montenegro is located near Podgorica, at the Cijevna river. The river itself flows from the Prokletije mountains near the Albanian border. When the snow on mountain tops melts in the spring, the river is swollen with water and flows beside endless vineyards and fields into the Morača river and Lake Skadar. Nearby the junction of Cijevna and Morača there is a picturesque waterfall that locals half-jokingly call Niagara. Of course it is much smaller than its namesake, but the similarity is striking as it is wide with many side streams near the main waterfall.

If you come to Podgorica from Lake Skadar, you have to pass the turning for the airport (a roundabout), cross the Cijevna bridge and immediately turn right. After go straight on and do not take any turns. The river will always be to your right so keep close to it. After 5m from the turning, you will see the waterfall which is accessible by metal staircase. The restaurant is a bit further upstream with a has a separate road leading to it.

The Cijevna river flows through a narrow and crooked canyon and is no more than 10m in depth at any point. The rock below the fertile layer of the valley is fairly soft, hence the reason why the river deepens and changes its course.

Near the estuary, a few kilometers before the junction with Morača, local residents decided to build a waterfall. They built a dam which nearly spanned the entire river bed. There is now a small lake where water overflows from the dam and falls freely for 8-10 m. The local residents have noted that the river is unpredictable.The dam does not always form a reliable barrier. A small outlet bypasses the dam along the shore forming several smaller waterfalls that flow back into the main river through caves, channels and the natural ravines in the stones. The project demonstrates how seemingly natural beauty can be artificially created.

Cijevna is supplied by water from melting Prokletije mountain tops and rain from the mountains or valley. Hence in the summer when it is dry, which is a regular occurrence, the river starts to dry up and the Niagara waterfall loses its grandeur. In March or April, or after a particularly rainy day, the waterfall can be observed in its full glory.

Nearby the river bank is Niagara, an organic restaurant serving local cuisine, freshwater fish and ispod saca, a type of roasted meat. The location and ambiance is stunning. The interior has a country feel from the decor to the waiters uniforms. In the main hall there is a miniature waterfall with a windmill, trout pool, an open fireplace and a small play hut. There is also a spectacular view of the river.

The local residents have truly put their remote corner of the world on the map. 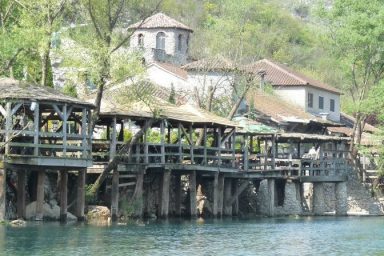 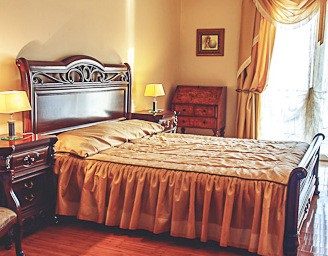 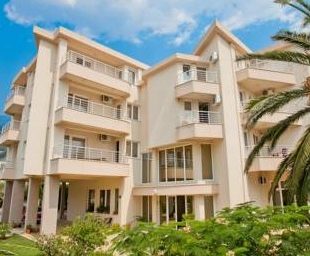